In Boise, Idaho: A Book Signing

Posted on December 11, 2012 by rosemariecurteman

Last July I was invited to do a book signing at Rediscovered Books in Boise, the capital and most populous city in the state of Idaho.  Everyone has heard of Idaho’s Sun Valley, that celebrated resort town, famous for its world-class skiing, fishing, hiking, trail riding, and tennis, along with its neighboring community, Ketchum.  Both are appreciated for their natural wonders but also for their glittery national and international visitors, who gravitate to “the Valley” as a seasonal retreat:  among them, Averell Harriman, Ernest Hemingway, Mark Zuckerberg, Warren Buffett, Oprah Winfrey, and Bill Gates.

Not far from these two prized destinations looms Boise (pronounced BOY-see), with its exceptional year-round quality of life, along with the many job-providing Boise-headquartered companies such as Boise Cascade, Albertsons, Simplot Company, Idaho Pacific Lumber Company, Idaho Timber, WinCo Foods, and Micron.  Since I have school friends there, I jumped at the opportunity to do a book signing at the city’s independent bookstore, Rediscovered Books.

While visiting my Boise friends, we were invited to fly in a Cessna 206 over the state’s spectacular protected wilderness in the central part of the state.

In 1931 in the central part of Idaho, the U.S. Forest Service set aside a geographical space, consisting of 1,090,000 acres, dedicated to the long-term conservation of nature.  They named this space “The Idaho Primitive Area.” In 1984 this area was renamed as the Frank Church-River of No Return Wilderness Area in honor of Senator Frank Church, who served the state as U.S. Senator from 1957 to 1981.

Since the wilderness area is so vast, it provides a secluded habitat for a wide variety of mammal species, among them mountain lions, grey wolves, black bears, lynx, coyotes and red fox, along with bighorn sheep, mountain goats, elk, moose, mule deer, and white tailed deer. 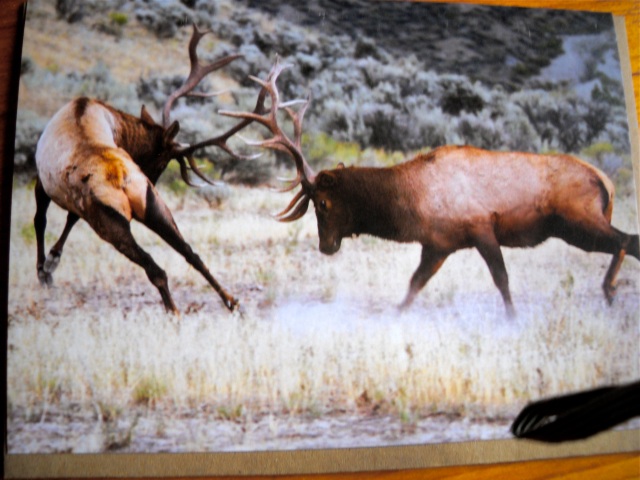 Our Cessna 206 pilot, Gayle, ferried us gracefully from Boise Airport, a commercial and general aviation airfield, deep into the wilderness area.  Our destination was Stanley Basin, specifically, Smiley Creek, near the headwaters of the great Salmon River.  He told us that we would be landing on a grassy strip and then breakfasting in a small mountain lodge.

En route my hosts spoke affectionately about one of the area’s most illustrious part-time and eventually full-time residents:  Ernest Hemingway, who was drawn to Idaho’s bird-hunting possibilities.  He was especially taken with Sun Valley and Ketchum, where he worked on For Whom the Bell Tolls and The Moveable Feast.  Until 1959 Hemingway’s primary homes were in Key West and Cuba with only intermittent visits to Idaho.  But in 1959 he settled permanently in Ketchum, where, sadly, he committed suicide in the summer of 1961.  He is buried nearby.  My friends have visited the Hemingway Memorial.  They say the words inscribed on it encapsulate well Hemingway’s regard for his final home.

Best of All he Loved the Fall

The Leaves Yellow on the Cottonwoods

Leaves Floating in the Trout Streams

And Above the Hills