Capalbio: A Village in Tuscany

Posted on January 4, 2013 by rosemariecurteman

Recently my niece Cara, who lives in Rome, invited me to visit her and her family in the Comune di Capalbio, a Tuscan township, dating back to A.D. 805, about an hour north of the Eternal City.  It’s in this township that Cara and her husband have a vacation cottage that they enjoy with their three young children.

I should have logically flown into Rome and then taken the one-hour train ride to their Tuscan getaway.  Instead, I flew into Florence, that celebrated city of art, that font of genius, and once my academic home, to spend a few days revisiting old and familiar haunts.

Always, to make my sojourns in Florence just right, I stay in a small convent:  Instituto Oblate dell’Assunzione on Borgo Pinti in the heart of the old city just steps from the Duomo.

The convent’s breakfast area looks out on a well-tended daisy and hydrangea filled garden.

After several nostalgic days in Florence, where I revisited favorite places, which I’ll tell you about in a future blog, I hopped on a train for Capalbio, which lies deep in the southwestern part of Tuscany, that vast geographical sector called Maremma.  This coastal strip was associated for about 2000 years with the Etruscans, a civilization of ancient Italy, corresponding generally with today’s Tuscany. 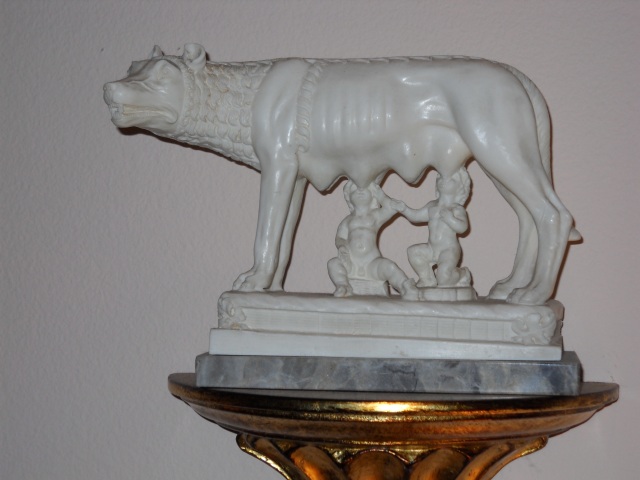 The famous She-Wolf. c. 500 B.C. Museo Capitolino, Rome, thought almost certainly to be an Etruscan Archaic original.  In the eyes of many, it’s the symbol of Rome.  The two feeding twins, Romulus and Remus, are Renaissance additions.

As our train headed south, we passed through such Tuscan cities as Pisa, Cecina, Follonica, Grosseto and Orbetello.  Intermittently, our journey rewarded us with spectacular views of the Mediterranean coastline, with its pristine beaches and crystal clear blue waters.

As arranged, Cara met me at Capalbio’s tiny station, so off the beaten track that only a few north-south trains even stop there!  (I should clarify:  Capalbio makes an effort to fly under the radar.  For many Romans and others stressed by urban life, it’s a sanctuary.)

After a short drive through pine forests rife with wild boar, pheasants, bustards, weasels, rabbits, heron, and long-horned cattle, we arrived at the family’s seasidehome.  There I was welcomed by Cara’s family, including a new member, one I had not yet met, captivating little Gabriella, aged three.

We spent the mornings with the children on Capalbio’s sandy beaches.  On these outings, we occasionally dipped into the surprisingly cool Mediterranean Sea, which Cara assured me was shark-free––at least in the immediate vicinity!

Lunch usually consisted of a pasta, followed by a nap, and as the day’s heat abated, enticing forays into Maremma proper, a part of Tuscany that Cara referred to as “one of Italy’s best kept secrets.”

When I asked why Capalbio and Maremma in general were late in becoming known and appreciated, Cara said that the region was long seen as unhealthy because of its tendency to flood, which produced marshes and swamps, a haven for malarial mosquitoes.

She went on to say that the aforementioned Etruscans were the first major civilization in the region.  Then came the Romans, who, until their collapse, played an early role in draining off the marches, thus making the region more habitable.

Me resting in front of Rome’s famed Trevi Fountain.

But with Rome’s decline, the area fell prey once again to flooding and malaria.  With that, the region was left uninhabitable until about the 18th century.  “Now, of course, the area is fully drained,” Cara said, “and crop growing is the land’s main source of revenue.”  I recalled seeing acres of sunflower fields and endless lines of grape vines.

As we crisscrossed the land, Cara made a point of calling my attention to occasional herds of long-horned maremmani cattle, which have long been used for farm work and meat, and managed by the butteri, colorful horse-riding herdsmen, a Tuscan version of the cowboy.  Now the role of the butteri has receded, but they still saddle up for festivals.

As Cara and I toured around the Comune di Capalbio, I learned that, for Tuscan villagers, tradition dictated that defensive measures against potential aggressors always took precedence over scenic beauty.  Those who controlled the cities of the region made every effort to expand their territories.  Florence and her subsidiaries competed with Siena and hers, and their rivalry often erupted into open warfare.  The villages and small towns of the region, especially those along important routes such as the river valleys, were ready targets for assailants.  By necessity, towns and villages had to take defensive measures.  Primary among them was the building of villages in hilltop settings with castles or watchtowers from which sentries could spy potential foes. 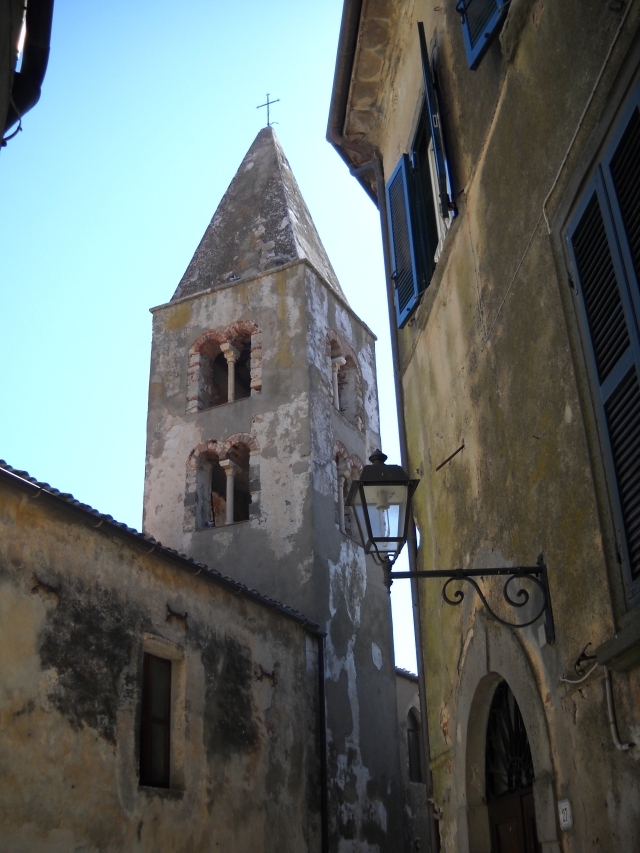 A secondary benefit:  Hilltop settings gave villagers a fighting chance against the much-feared scourge of malaria.

While we were exploring Capalbio, it was immediately apparent that this tiny rural community had heeded basic traditional Tuscan rules of survival: Capalbio is perched high on a hill and fortified with ancient walls. 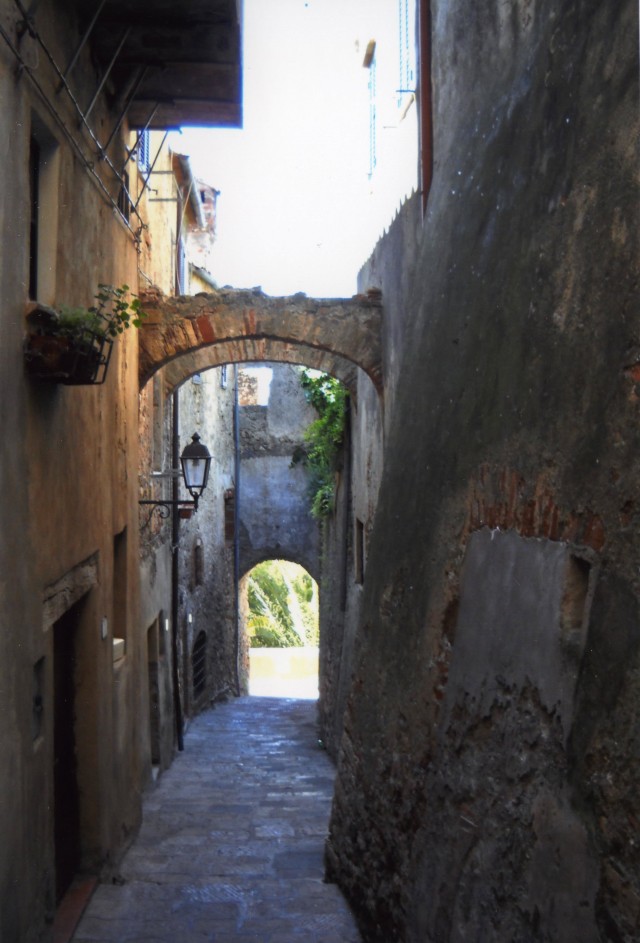