On The Road: Spokane, Washington and Its Indian Heritage

“No trip is too brief to enrich our lives as we acquire knowledge
of other places and enlarge our cultural perspective.”

Recently, I was invited to do a book signing at Auntie’s Book Store in Spokane, Washington, a community first settled in 1871—mainly through European migration—and officially incorporated as a city in 1881.

When I first arrived, I didn’t know much about this tucked-away “Inland Empire” town, but in looking more closely I discovered a modern and thriving city.

It has a population of about 208,000, nestled between the Cascades and Rocky Mountains just 92 miles south of the Canadian border and 230 miles east of Seattle.  Within short proximity of Spokane proper, the town boasts 76 pristine lakes, 33 golf courses, and five ski resorts. 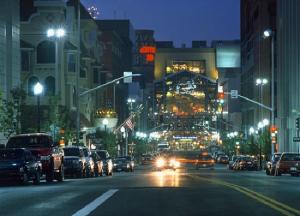 Spokane’s economy has historically been based on natural resources (fur trading, mining, timber, and agriculture), but now has also diversified into high-tech and bio-tech sectors.  At the book signing, an attendee told me, “We’re still reinventing ourselves into a more service-oriented economy.  Even a medical school is in the works.” 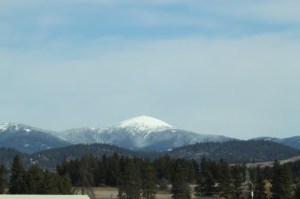 I was fascinated to learn that the city’s name is drawn from the Native American tribe known as the Spokane, which means “Children of the Sun” in Salishan, a family of about 23 American Indian languages, once spoken in Washington, Oregon, Idaho, and Montana.  These languages are now endangered—if not extinct—in some cases with only three or four elderly speakers remaining.

As David M. Buerge said in Native Americans of the Pacific Northwest: “For 500 generations [the native American] flourished until newcomers came … much was lost, much devalued, but much was also hidden away in the hearts of the dispossessed . . .” 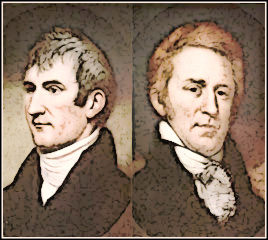 A neighboring Northwest tribe that continues to be recognized in these parts is the Nez Perce (French for “pierced nose”), the largest tribe Lewis and Clark met between the Missouri River and the Pacific Coast.

The Nez Perce granted timely refuge to the exhausted and starved Lewis and Clark Expedition (also call the Corps of Discovery Expedition [1804-1806]), providing them with sustenance such as dried buffalo, camas root bread, and fish.

Also, the Nez Perce gave the Corps horses and granted them safe passage through their country—traveling first west and then east.  In return, the Nez Perce wanted guns and tobacco, so they could compete with the Blackfeet and Atsina for buffalo and protect their villages.  A small footnote to history records that in exchange for an ongoing food supply to the Corps, and allowing the Expedition to wait for snows to melt and render the mountains passable, William Clark treated the Indians’ illnesses and diseases and became, as Meriwether Lewis noted in his diary, their “favorite phisician.” 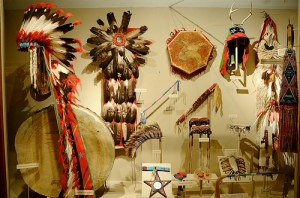 During the mid-1800s, as the U.S. government became more aggressive in encroaching on what Native American considered to be their ancestral homelands, many Nez Perce were forced to surrender large portions of their territory. They were resettled on reservations in northern Idaho and Washington.  But there were holdouts:  In 1877, a group of Nez Perce, who still made their home in Oregon, and were led by the humanitarian and peacemaker Chief Joseph, refused to give up what they believed to be theirs until all-out defeat.

Many of those Oregon survivors were then moved to the Colville Indian Reservation in Washington, not far from Spokane.

Many descendents still live there today.

After tumultuous struggles to defend their ancient way of life, in 1879 Chief Joseph was invited to go to Washington to meet with the President and to plead his people’s case before Congress.  Among the things he is credited with having said:

“Our fathers gave us many laws, which they had learned from their fathers.  These laws were good.  They told us to treat all men as they treated us; that it was a disgrace to tell a lie; that we should speak only the truth; that it was a shame for one man to take from another his wife or his property without paying for it.  We were taught to believe that the Great Spirit   sees and hears everything, and that he never forgets; that hereafter he will give every man a spirit-home according to his deserts: if he has been a good man, he will have a good home; if he has been a bad man, he will have a bad home.  This I believe, and all my people believe the same.”

(Found in In A Sacred Manner I live:  Native American Wisdom, p. 42  Edited by Neil Philip)

All this did little good:  Although Chief Joseph and his followers had requested a safe return to their native Pacific Northwest, it was not until 1885 that he was allowed to go back and build life anew on the Colville Reservation—far from many of his people who had been displaced onto a reservation in Northern Idaho.